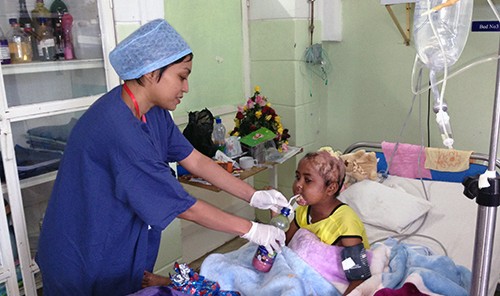 May 2014 Trip.
By: Wings of Healing Update
In:Past Trips

In May 2014 twenty-two Wings of Healing volunteers went to Addis Ababa to work in Bethel Teaching Hospital and a Children’s Village. Over 500 patients were seen in clinic and 71 major complex operations were carried out, many of which were life saving. These patients were treated in a private hospital and Wings of Healing funded their stay from start to finish, as none of them would have otherwise afforded to be treated. The remaining were given varying treatments and medication, where surgery had not been required.

The team outside Bethel Hospital on the final day of the trip.

Two members of the team were pharmacists who were vital in introducing a drugs chart, which would present doctors prescribing requests in a clear concise format so that the nurses would understand the instructions. The chart was tailor-made to suit the needs of Bethel and the nurses and doctors on all the wards were trained in using it. Up until the team arrived, Bethel’s pharmacists did not attend the ward rounds and this was highly encouraged by the team’s pharmacists as it bridges the communication gaps between doctors and pharmacists. 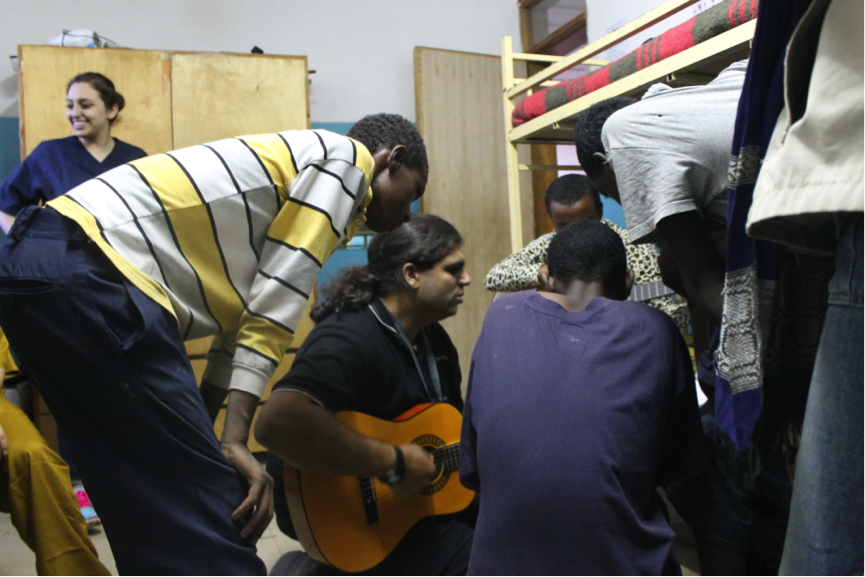 Inset: Simon teaching the kids how to play the guitar.

All but one were gynae related operations.  During our stay there, we met eight year old Berwako who had been in ill for two years with an infection in her mouth that had sealed most of her mouth shut but a small opening in which she was able to take in solely fluids. Her case was of a complicated nature, which meant that the hospital anaesthetists were unwilling to anaesthetise her for surgery. One of our team’s anaesthetists, Dr Varunee Wirasinghe, agreed to take on her case and the surgery was carried out successfully, at the moment she is making a full recovery in the hospital. 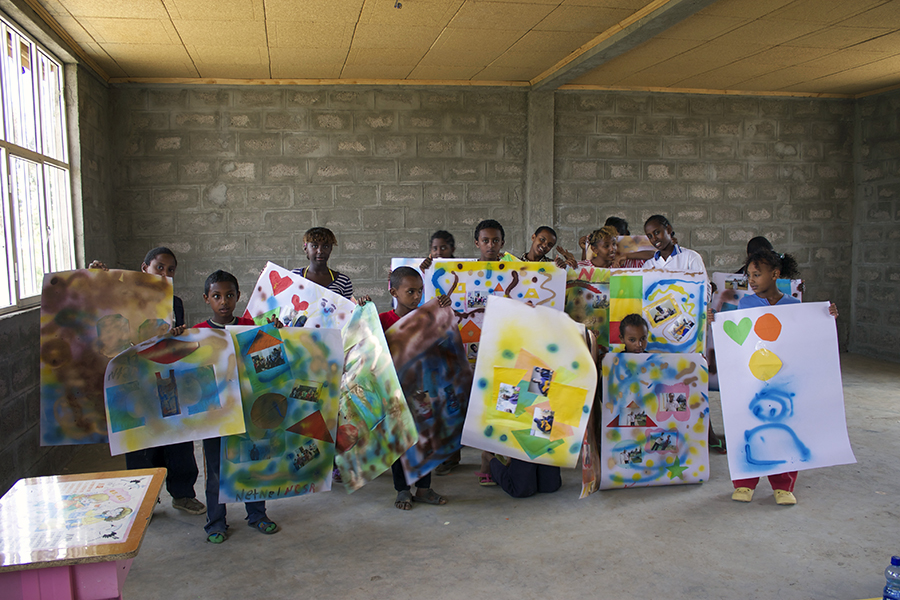 Inset: The kids with their collages, which they hung on their bedroom walls.

On the first day the team took the kids from the Children’s Village out for a meal, this is a rare occurrence for them as they only leave have outings once every six months.  Members of the team also visited the Children’s Village most days and this was a great opportunity for the team to interact with the children after their academic lessons had been carried out at the onsite School.  The team’s main aim was to create a sense of identity for each child at the orphanage. The team encouraged the children to embrace their creative side, by giving the children access to cameras, which they used to create photo collages of themselves. The children also redecorated the exterior of their school with spray paint, which helped them express their emotions through art, which would have been a completely alien concept to them.   Another activity the children were interested in was music; Simon took two guitars and taught a few of them how to play.

Until we arrived the school didn’t have any computers, so the charity purchased five computers for them and Simon Kapadia (IT specialist) set up the computers and installed multiple programs and the Internet. Each member of the team  become a pen pal with one child, they will remain in regular contact with them. This child will also be sponsored for £25 a month by their pen pal. 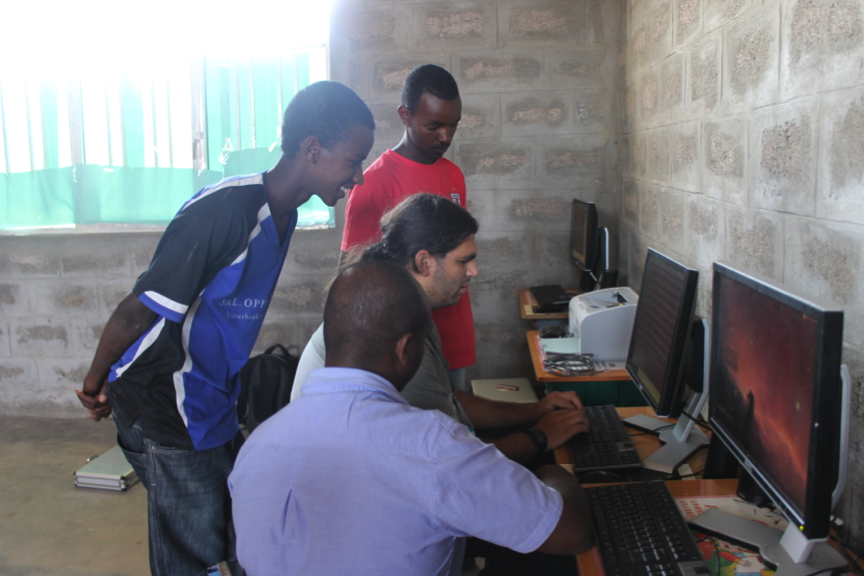 Simon teaching two of the older boys how to use the computers.

If you would like to make a donation, please go to the bank details on our web site

Thank you for your support.